His Most Honorable Lordship, the Earl of Walworth; Knight Commander of the Shield Lands

When Ferrond broke from the Great Kingdom in 254 CY, the nobles of the Nyr Dyv’s north shore refused to acknowledge the new king In the ruins of the Shield Lands in Dyvers. Loyal to the ideal of ancient Aerdy but wholly opposed to the decadent regime in Rauxes, these nobles failed to declare complete independence, instead existing somewhere in-between autonomy and their former status as vassals to the viceroy.

When similar circumstances resulted, ultimately, in the formation of the lawless Combination of Free Lords to the north, the southern nobles banded together, forming the “Shield Lands” as a bulwark against the depredations and chaos of the north. Since the earl of Walworth commanded Admundfort, at the time the only notable city in the region, he was chosen as the knight commander of the combined forces of the nobles. Within a handful of years, the new capital saw the formation of the Knights of Holy Shielding, a Heironean order that both formed the core of the new national army and served as an example of good, clean living through dedication to strict, militaristic goals.

Since CY 420, The Shield Lands has been under constant assault in one form or the other. The principal opponent has been Iuz and even though for nearly a century and a half , the valiant knights of Holy shielding keep those forces at bay, in CY 579 the Horned Society banded together with the lords of the bandit realms Warfields and Wormhall. With hobgoblin and mercenary armies supported by daemons and demodands, the vast host swarmed the western territories, bypassing strongholds and laying waste to villages and farmsteads. Thousands of Shield Landers gathered at Axeport to halt the invasion, but their line was broken and their bodies thrown as fodder to inhuman beasts. By 581, all but Critwall had fallen to the invaders, who had been joined by other Bandit Kingdoms’ troops. The victors carved up the Shield Lands, dividing it into chaotic holdings ruled by bandits, goblinoids, and agents of the Horned Society.

For much of the last 80 years, The Shield Lands have been on the precipice of destruction. During the Chaos War, the city was brutally attacked by forces loyal to Cthulhu. The city would have fallen had it not been for an intrepid group of heroes sent by Lord Aegon Baratheon to help defend the city, of those defenders none distinguished themselves more than Allister Tain. after the Chaos War, Iuz began a seemingly relentless assault upon The Shield Lands and currently has absorbed most of it into his own empire, only Critwall, Bright Sentry and Admundfort remained unconquered.

Arald Anbehrt is the nephew of Katarina of Walworth who was the longest serving Knight Commander in the history of the Shield Lands. He is a hard and unyielding man and is considered one of the greatest military leaders in the Flaness. Since the age 15 he has fought and bleed for The Shield Lands, he has had two wives and one son assassinated by his enemies.

Arald is a knight of the old ways, he leads from the vanguard, never eats better than his men and never leaves his men’s bodies behind. He has learned trough hard experience that evil acts without morality or honor and he shows no mercy in eradicating evil beings.

Arald’s duty is to hold Critwall at all costs and Arald is determined not to fail in that duty.

Biographical Information about The Shield Lands: 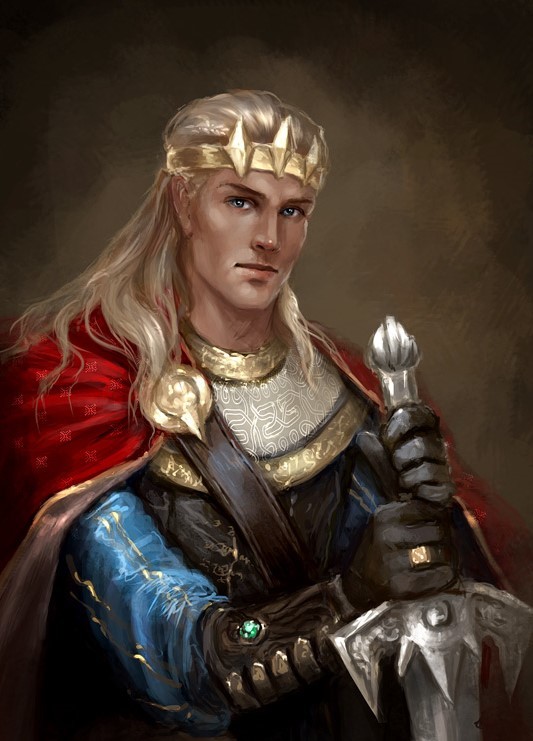