Ambassador of The Theocracy of Pale

Etan is the current ambassador to the Great Kingdom from Etan the Theocracy of Pale. It has been noted that ambassadors are usually quite a bit younger which has led to speculation that Etan may have made enemies of someone very powerful.

It is known that Etan is a shrewd clergy member of the Pholtan church and throughout his twenties and thirties he rose quickly within the ranks of the clergy and was on the path to being named one of the youngest Bishops in the history of the church. It is not know why his star declined but it is rumored that Etan had several indiscretions and he was not ordained as a Bishop until he was 42 years old.

Etan has few friends and to all appearances he is a bitter and wrathful man. In CY 645 Etan ordered the burning of an entire village in the Duchy of Tenh, a short time after that he acquired a silverfish scar along his jawline that he now covers with a beard. Etan never goes anywhere without his two bodyguards, who are hulking warriors.

Biographical Information about The Theocracy of Pale 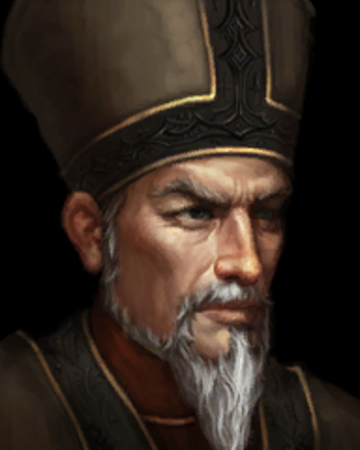