Jenyra was born to homeless peasants in Rel-Astra, she was left in the street to die but was found by a city watchman and taken to an orphanage. Luckily for Jenyra, a good-hearted Lady’s maid who also served at the orphanage took an interest in her and taught her to read and write by the time Jenryra was six, she was composing songs and poems. Jenyra’s talent got her noticed and inducted into an annual talent show held by Rel Astra to showcase the talents of the smallfolk.

Jenrya’s talents shinned through and she gained the notice of Joramy Wendell, who immediately set about becoming her patron. He paid for her education and expenses at the bardic college in The Free City Greyhawk and sponsored her for a year each with the elves of the Ardi Forrest and the dwarves of the Barrier Peaks. Jenyra was an apt student and learned to speak ten languages and play 7 instruments, including the Elven Flute and Dwarven pipes.

She has grown to be a very beautiful woman and an exceptional musician; she has an easy-going manner that wins friends of any race easily. She is also very well read and has an exceptional memory for song and verse being able to recreate performances flawlessly from memory. She was offered an apprenticeship at the wizard college in the Free City of Greyhawk but she ultimately turned it down as she knew she would not enjoy the ridged approach that true wizards take in regards to learning. By the time she was 18 she had completed educations and wardships that would take good students the better part of two decades to complete.

At the age of 19, about six months after she formally entered the service of Joramy Wendell, she took Oin March, a man of notorious ill repute and disposition as her husband. After almost a year he entered Wendell’s service as well. Eventually she divorced Oin as she disapproved of his temper… it is known that he dueled and killed almost twenty men and two women for “sniffing around her” they were married for three years. They remain on good terms, mostly… mostly…

Jenrya has been working for Joramy Wendell as his private entertainer for almost five years now. She usually has daily contact with him and when called upon accompanies other of his servants on tasks. Jenrya dislikes physical confrontation and will avoid it if she can. 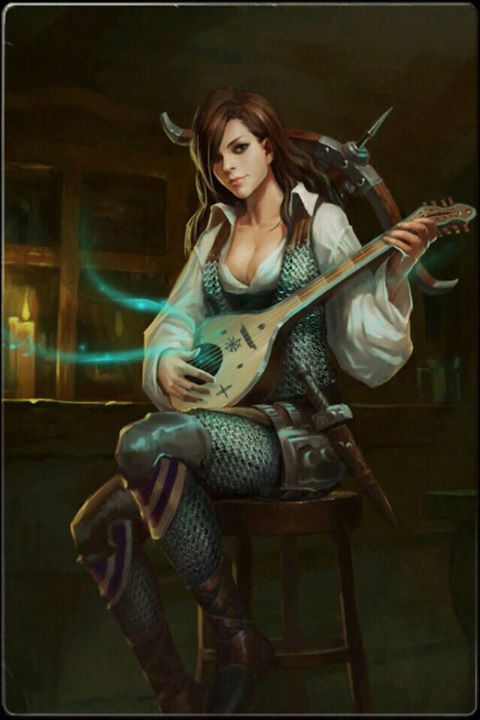