Morghulis currently serves as a personal advisor to Joramy Wendell. He is a man of slight stature and dresses in heavy robes that hides his features. He rarely speaks to anyone who is not in the service of Wendell. When he does speak it is in whispers and in an off-putting tone.

Almost nothing is known of Morghulis, it is not even known if that is his real name. He came into Wendell’s service almost twenty-five years ago. What is known, is that he is a name level talent as a wizard and oversaw the prisons in Rel-Astra for almost a decade.

Rumors run wild about him in the city of Rel -Astra, many say he is the illegitimate son of Wendell, many more say that when he oversaw the prisons, he preformed unspeakable experiments upon prisoners and that several men upon condemnation killed themselves rather than take the chance of being turned over to him. Almost five years ago he left his post with the prisons and works exclusively with Wendell as well as some of Wendell’s associates. 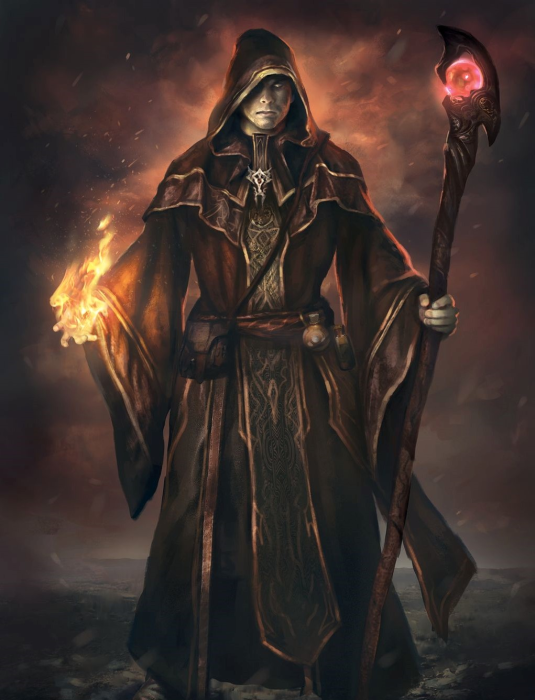