Jaquen Dayne is one of the most renowned Paladin’s in the history of Pholtan church. He has won respect and glory as a slayer of demons and dragons. During the Chaos War he was amongst the forces that laid low Moltentanicus the red and prior to that as a squire to SER Maligor he helped to bear the body of Grand Inquisitor Bratac out of Rappan Atthuk after Bratac and SER Maligor survived a battle with Orcus himself, forcing that being back to the abyss. Jaquen has also retrieved two holy relics of the Pholtan church, The Spear of Truth and the Forge of Light. He defeated the dread, death knight Lord Khayven of Rax, in single combat and retrieved The Spear of Truth, He slew the deadly green dragon Noxsidious to retrieve the forge.

Upon the marriage of Archduke Stefan to Crown Princess Sarrendelphia, SER Dayne requested that he become the personal sword to the Archduke to protect he and his from all harm. Archduke Stefan denied the request and instead begged SER Dayne to serve as needed in Eastfair, to be the shinning example of what and why reestablishing the Knight Protectors was of paramount importance.

SER Dayne served Eastfair with distinction and is in fact the only reason the Queen regent survived the attack, he literally reached into the maw of the beast and pulled her from harm, loosing an arm in the process. Jaquen has sworn a holy oath to protect the queen from all harm. 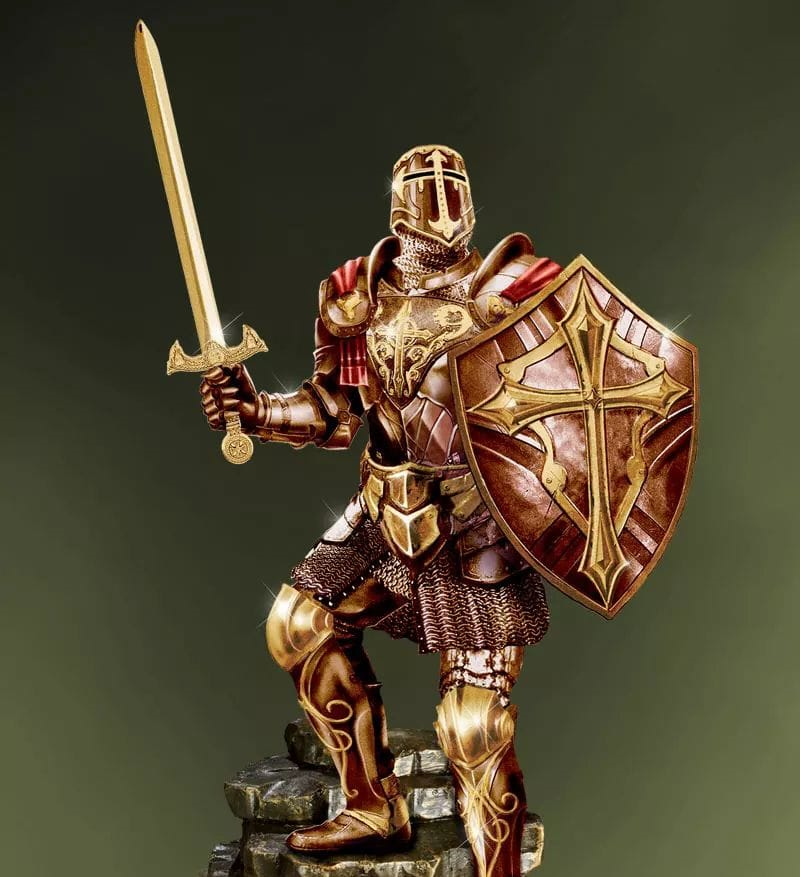