Thorgal, son of Varth and Haynee hails from a noble lineage of dwarves. For most of his life he’s been devoted to a singular purpose, fighting the enemies of the dwarves, and his clan has been at war long before his birth. He saw his entire life ahead of him. “I’d be fighting drow, siring some wee ones, and then fighting Drow some more. I’d be swinging me axe till I die. If I couldn’t swing me axe and didn’t die I might as well be dead.” He never expected to be suddenly thrust out of that life, and now having been so will face new challenges he didn’t expect.

A devout and committed priest, Thorgal holds honor and commitment to the greater good as paramount. He is proudly simple, “the gods and me people” are the two things that drive him the most. He takes oaths seriously, and was always trustworthy in matters of importance. His handsome visage combined with his noble lineage have caused some to remark “that’s what a king ought to look like,” but he has no desire to rule. When old enough to hold a blade and fight he demanded he be treated like any other dwarf despite his lineage.

Despite Thorgal’s religious side he loves gambling, often times gambling throughout the night when forced to pull guard duty for days straight. He organized a pool for a dwarven equivalent of sumo-wrestling while fully armored (that allows for head-bashing while helmeted), drinking contests, or another game where he and his kinsmen would punch each other in the gut one at a time until one of them fell, the victor being the one that didn’t fall first. Losers often time had to pay coin or could double-down successfully paying off their debt if they could romance the lady picked by the rest of the soldiers, the ladies usually being of the extreme of the prettiest or least prettiest in the drinking hall. Twice a year a “triathalon” would be held of all 3 games.

Other hobbies include drinking, smoking pipes, and accumulating wealth but Thorgal never does these in excess unless he’s won a significant victory or contribution to a greater good. His desire for wealth isn’t necessarily greed as it is a type of obsessional enjoyment of seeing valuable and rare earthen-items such as gems and metals.

Despite being a follower of Moradin, he identifies more with his Moradin’s champion Vergadin, (demigod of Wealth and Luck). He calls upon both, seeing Moradin as the spiritual embodiment of his people, but Vergadin his own personal source of vitality, but seeing all the gods of good and law in the dwarven patheon and deserving fear and respect. Like Vergadin and most dwarves, Thorgal enjoys accumulating gems and various metals, but has almost given away all of what he’s accumulated to some greater purpose often times his clan, his church, or empowering his arms and armor to became a greater force for his gods and clan. 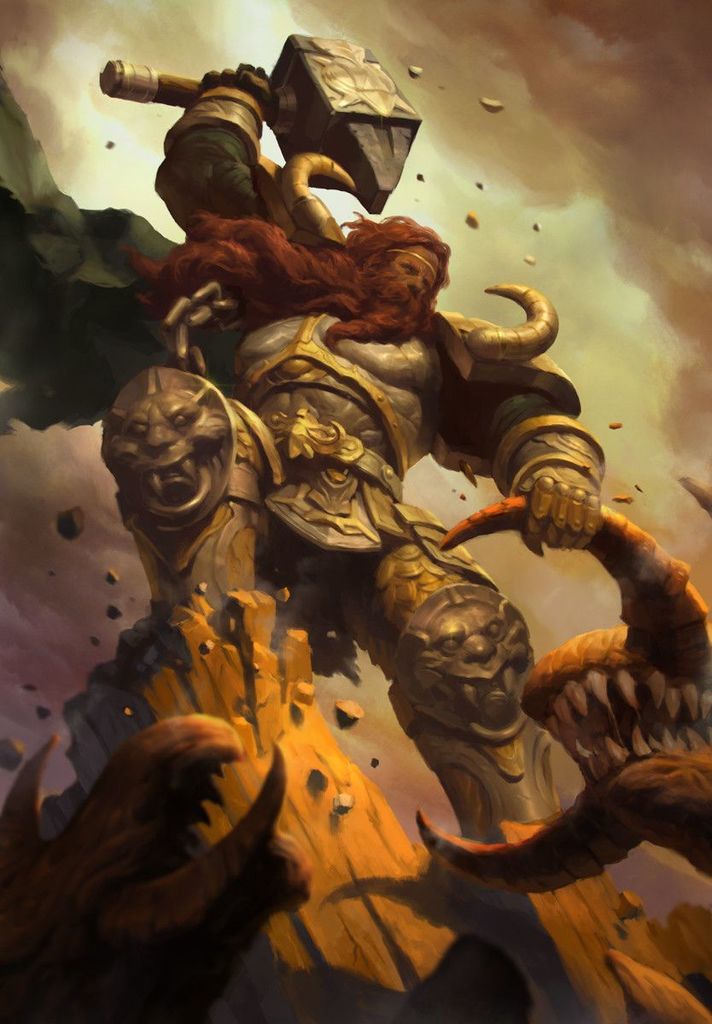