A generation since the Chaos war and its effects are still felt in most peoples lives. Chaos creatures are still found in groups especially near Chathold, which has become a new bastion of evil on the Flanaess.

The forces of the great old one Iuz have never been stronger. It is not known exactly what Iuz was up to during the great war but it is very apparent that he and his city of Dorakaa were unscathed by the war and in fact have seemed to make noticeable gain in power and population. This gain has propelled Dorakaa into one of the last major powers on the continent of Oerik. Over the last several years Iuz has again turned his attention to Oerik and has made efforts to forge and secure alliances through violent and non-violent means. 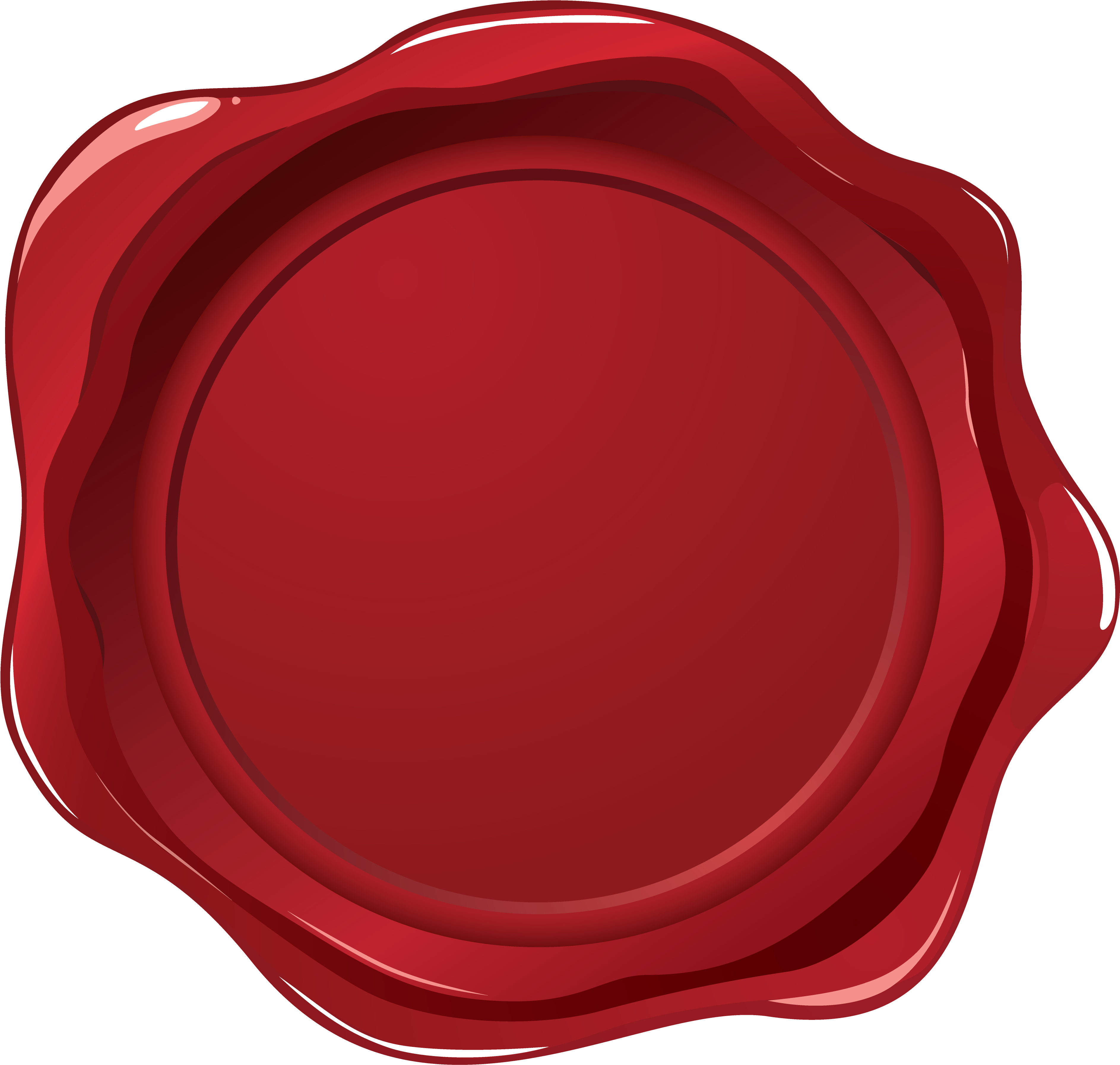 The Free City of Greyhawk, the “Gem of the Flanaess” has been beset with problems. After the Greyhawk Wars, the city was never in a better position, displaced nobles and smallfolk alike flocked to the city and fortified both its workforce and it’s coffers. This in turn attracted a number of new thieves guilds, the guilds were kept in check by the presence of the Circle of the Eight but since their disappearance in CY 599 they have run rampant, the cities once vaunted political system is mired in corruption and any champions of the people are soon discredited, killed or disappear.

The death of the god Dalt during that great chaos war fundamentally changed teleportative magics and it was nearly a decade before variations were found that allowed for semi return to normalcy. This disruption effects non-planar travel the most and has been resolved except when the caster tries to transport more than just themselves. it is still unadvised to try teleportative magics while bearing extra-dimensional space items. This has caused a major disruption and delay in trade in high priced items or hard to reach locations. This has directly caused a rise in banditry.

The news is not all bleak, Over-king Stefan Boarke, Archduke of Raxus, the 14th great grand nephew of the famed Knight Protector Commander Ser Benedor Monlath of Chathold, who was granted his title from a death bed decree of Ivid the 6th, in CY 606 and spent his families fortune rebuilding Raxus from the ground up. He has tirelessly led an effort to reunite the Great Kingdom by openly campaigning for a return to honor and glory. The principal members of the old kingdom, The United Kingdom of Ahlissa, The Great Kingdom of Northern Aerdy and Rel Astra scoffed at such talk for nearly two decades. During that time the Over-king Stefan Boarke, Archduke of Raxus forged a close alliance through the marriage of the Princess Sarrendelphia, this alliance is thought to have directly discouraged Iuz from turning his eye toward Eastfair (Capital of The Great Kingdom of Northern Aerdy). This alliance has grown to the point that in CY 618 His Righteous and Transcendent Majesty Grenell II, Grand Prince of House Naelax Overking of North Kingdom openly supported reunification but only if all factions of the old Great kingdom sign on. Ahlissa and Rel Astra refused and the Great Kingdom did not unite. 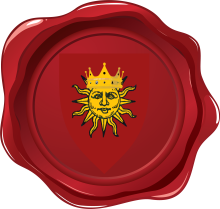 During the Chaos war, Ahlissa suffered great devastation and was almost brought to ruin by the chaos creatures as well as the planar rupture in Kastrand caused by The Scourge of Heaven, Ungrakkus The Despoiler. Ahlissa was on the brink of collapse and the Over-king Xavener I of house Darmen was overthrown by his nephew Xavius of house Darmen, the 17th Great grand son of Ser Minar Syrric, one of the original thirteen disgraced Knights Protectors that were swayed to evil by St. Karagoth the Betrayer. Over-king Stefan Boarke freely offered aid and support keeping Ahlissa from collapse, in gratitude for this aid, His Transcendent Imperial Majesty, Overking Xavius I, Grand Prince of Kalstrand, Crowned Head of House Darmen signed a treaty with Over-king Stefan Boarke, Archduke of Raxus supporting unification under the same terms outlined nearly a decade before under Over-king Grenell II. And just as it was decade before; His Most Lordly Nobility, the Lord Protector and the Eternal Custodian, Drax the invulnerable of Rel Astra again refused. 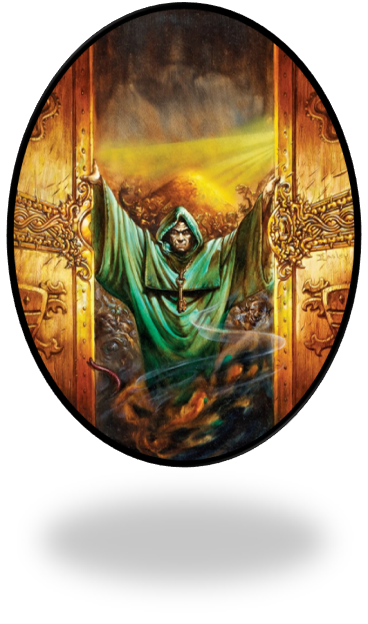 Two years later in CY 630, there was significant talk amongst the three signatories of the reunification to re-establish the Knight Protectors, a force was needed to safeguard the planar rupture in Kalstrand as the sacrifice of Ser Aegon Baratheon Lord Commander of the Blackblades was not enough to close the rift to the abyss completely. Drax the invulnerable threatened war if this was to come to fruition without his blessing. The Knight Protectors remained defunct and in an unprecedented move Allister Tain, The Hand of Heironious and last of the heroes from the Choas War disbanded the order of the Blackblades and created the order of Bayard whose mandate was to safeguard the aperture.

Near the end of CY 645, His Most Lordly Nobility, the Lord Protector and the Eternal Custodian Drax the invulnerable of Rel Astra was slain in single combat against the Ancient Red Dragon, Fyrentennimar also know as Feuri Heritza Menjir Ober Hizbocha amoung the Elves and Fiery Death among the humans. Drax II, The Younger proved nowhere near as invulnerable as his father and was assassinated three days before his ascension. Rel Astra fell into chaos as numerous powers vied for the throne. 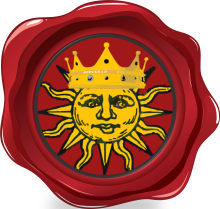 During Brewfest CY 646, Over-king Stefan Boarke announced that there would be celebration of special magnificence in remembrance of the defeat of St. Karagoth the Betrayer by Hainard of the Whiteguard, after Growfest in CY 647, all four factions of the old Great Kingdom pledged twenty-five thousand gold pieces in anticipation of a celebration like none before. It is expected that for the first time in two hundred plus years, all members of the ruling families will attend the same event. It has also been widely whispered that an announcement of great importance will also occur during this celebration.

by: Leonidas300
See All Pages